Would you apply for Jobs on Snapchat?! 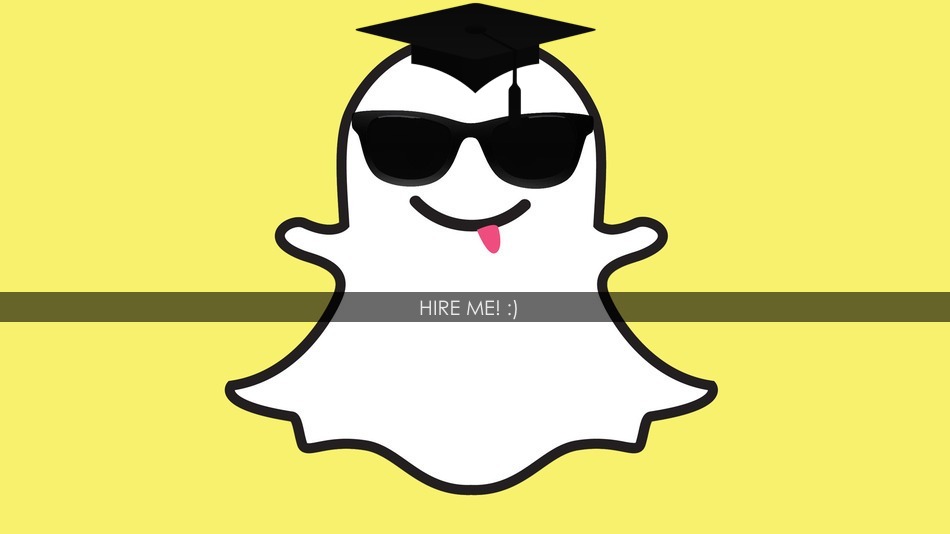 In November 2013 Evan Spiegel announced that 400 million Snapchat’s were sent every day in 2013, this coupled with the company’s 30 million active users presents a huge user base, and one that is sure to have grown even larger today. So this morning I was reading an article which has popped up in a number of different sources recently – the article explains of a bar in Ireland taking job applications through Snapchat and are using the app as a first contact point for potential bar staff. The bar in question announced this novel interview screening process on twitter on the 26th June (Click Here to view the tweet) and in two weeks prior, the advert has attracted over 2000 applicants, of which 15 were interviewed and 6 have been hired.

There are arguments for and against using Snapchat as a recruitment tool with the clear stumbling block being that you can realistically only use this more casual form of recruitment for jobs requiring less qualifications such as bar staff; I highly doubt the HR departments of the likes of Goldman Sachs will be venturing into the use of Snapchat to screen their graduate positions…although stranger things have happened!! Functionally there are downsides to using snapchat as a recruitment tool, perhaps most glaringly is the fact that clips expire after one watch and the max recording time for each clip is 10 seconds. With a potential job on the line, that’s a pretty damn important 10 seconds to sell yourself! This is possibly a platform that Snapchat could utilise to generate some revenues? Cost per replay? Introduce business accounts that they would have to pay for?

For the use of a bar staff search I think it works really well. The manager can evaluate the candidates quickly, the costs are low – it’s just a very simple and cheap process of screening early candidates. With use of new technology, it immediately makes the job look desirable, keeping up with current trends by connecting with potential staff at their level as opposed to the conventional CV word orientated approach, which, lets be honest, doesn’t really give a clear account of an individuals personality.

On the whole I am intrigued by the concept this bar has implemented. As a Snapchat user, although not very often, I have thought at length about how Snapchat could be used in businesses etc. Snapchat as a business tool would only really be useful for companies whose target market fits Snapchat’s core demographic of users aged between 13-25.

Its clear that this move has seen the bar benefit from a significant amount of PR although its yet to be known whether it was merely a successful PR stunt or if the quality of the 6 employees hired on the back of the campaign was down to Snapchat…it’s a question we’ll never know the answer to, but in the words of a certain Richard Branson ‘Any press is good press’.