About two years ago on the 17th October 2012 Hailo made the decision to launch in Boston and attempt to disrupt the American taxi app market. Business was thriving in London and with a fresh $30 million investment from New York’s most prominent venture firm Union Square Ventures, Hailo seemed destined for success. 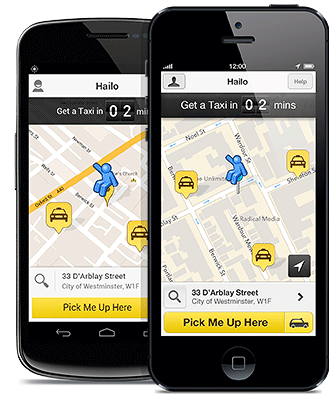 Within days of launch Hailo had quickly taken Toronto by storm becoming the second largest taxi app company. Fast forward two years to the present and Hailo have announced they are pulling out of North America. Let’s take a look at why this has happened.

When Hailo entered the US market their strategy was too similar to the strategy that was used in London. It needed to be tailored more to the US consumer with further funds injected. Halo chief executive Tom Barr said that Hailo simply where not prepared to compete with the ‘astronomical marketing costs.’ Competitors like Uber who are valued $18 Billion have a far greater marketing budget and are prepared to spend it on a whim.

Competition ultimately drove Hailo out of the market, with Uber playing an integral role. Uber is the market leader worldwide in the e-hailing industry with 50,000 drivers joining their workforce a month worldwide. Hailo dwarfs in comparison to this with only a mere 60,000 total drivers worldwide. Additionally, Uber and Lyft are both operating in their home market whereby their product was created originally for the US market. Hailo intended to capture the lower end of the market, however these plans were scuppered with Uber’s introduction of the low cost UberX.

Compared to the other taxi app firms Hailo struggled with customer side acquisitions only making it into the top 1000 download rankings. Whereas in comparison ‘Lyft’ have been in the top 200 downloaded apps for the whole of 2014 and Uber in the top 100 respectively.

Hailo now plan to concentrate on Europe and Asia markets so we will have to see how they fare in those markets.