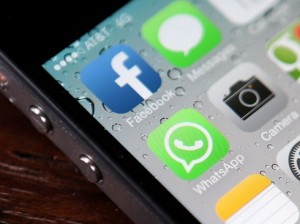 The inception and subsequent rapid rise of messaging app WhatsApp lies in thanks to the core values of its founder, Jan Koum, whose instilled a refreshing philosophy of “No Ad’s, No Gimmicks”, something he has vowed will continue. In a recent interview, Koum stated how monetising through mobile phone advertisements is wrong, stressing the reality that a mobile is a personal device and should therefore not be subject to exterior intrusion.

Jan Koum will be especially pleased with the brokerage of the deal with Facebook; Mirroring Facebook’s acquisition of Instagram in 2012, WhatsApp will continue as a single entity with Koum remaining in control of the company, whilst also accepting a position on the board of Facebook.

With tech companies such as WhatsApp and Instagram, the value creation in the business is its ‘user base’ due to their strong stance on advertising creating no solid revenue streams. Despite this, the vitals of the company speak for themselves and with over 450 million live users (with 70% of those using the service daily), WhatsApp is growing at a pace that would rival tech giants Google and are currently registering over 1million new users each day.

The graph below illustrates WhatsApp rapid rise in the tech arena, with the company growing substantially faster than all Skype, Twitter, Facebook and Gmail in its first four years after launch! 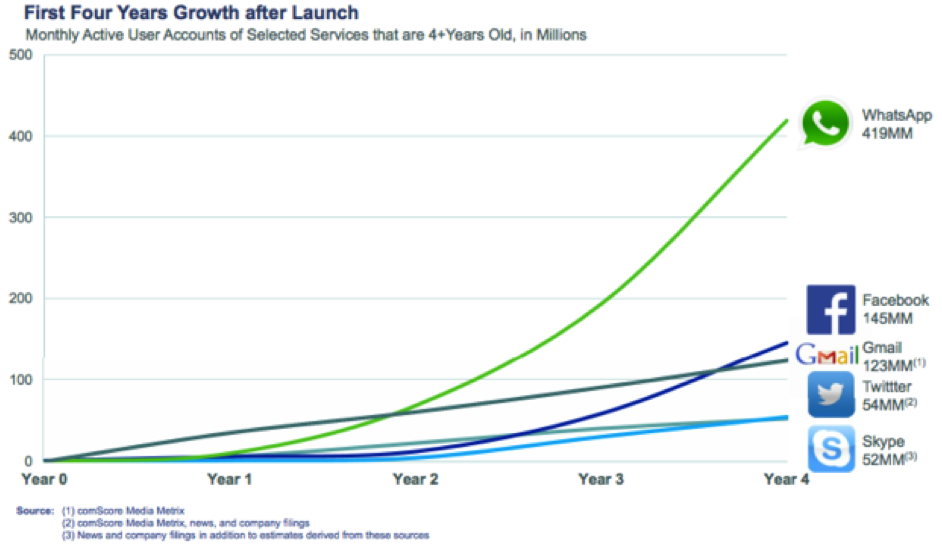 Koum migrated from Kiev, Ukraine with his mother at the age of 16. The pair arrived in Mountain View, California with little money and whilst his mother took up babysitting to earn a living, Koum himself was forced to undertake several part time jobs, including sweeping the floor of a grocery store. Having settled in the US, Koum enrolled at high school and despite being labelled as a ‘trouble maker’ by his peers at the time, soon discovered his love of tech and quickly self-taught himself computer networks that would provide the foundation for his career in technology.

With this acquired knowledge, Koum enrolled at San Jose University to undertake a course Computer Technology but soon became disillusioned by the narrow confines of his course, and showing a very no nonsense attitude, dropped out of university to take a job as an infrastructure engineer at Yahoo after receiving a call from one of their co-founders David Filo. After being pushed to assist with an advertising project at Yahoo, Koum famously quoted “Dealing with ads is depressing”, a belief he stands by today and is intrinsic to his rise in the tech world.

However, in 2007 Koum left Yahoo and embarked on a trip to South America, where a break from the world of tech lead him to peruse his other passion in life, Ultimate Frisbee. Having realised a career in ultimate Frisbee wouldn’t materialise, Koum returned to the US and purchased an iPhone, and stumbled across the app store and discovered a whole new software architecture that he believed could be exploited. Drawing on the growing stature of quicker ‘3G’ mobile internet and realising the demands for a cross platform instant messaging service, with the help of a few developers, WhatsApp was born.