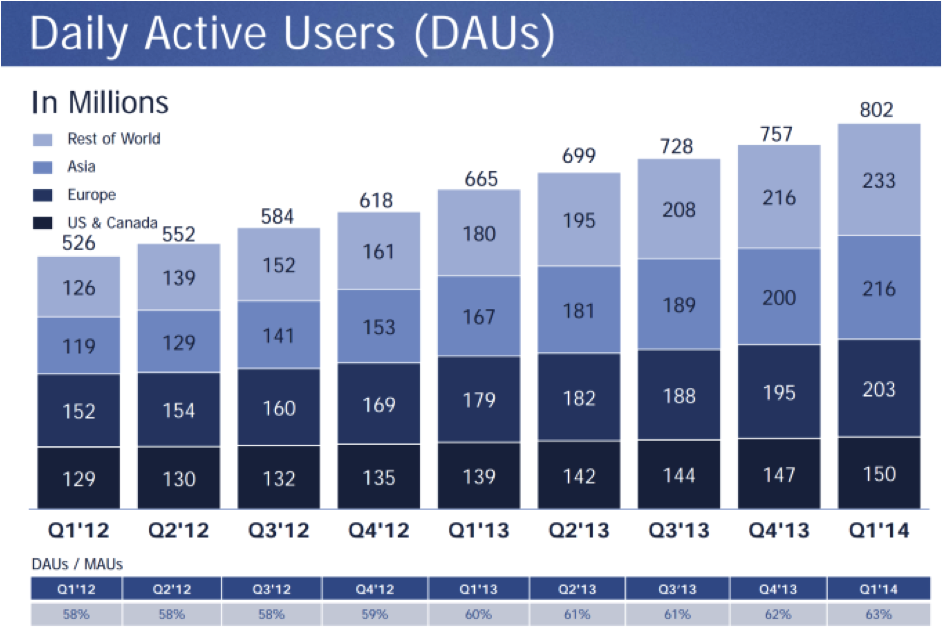 Results of Facebook’s performance came out earlier last month and it looks very encouraging! The main statistic being discussed is that of Facebook’s revenue which is very impressive at a cool $2.5 billion, a 72% increase on 2013’s 1st quarter revenues of $1.46 billion. Interestingly enough as many of you will already know that Facebook’s core revenue stream is advertising which accounted for 91% of the quarter’s revenue.

Founder, CEO and uber wealthy Zuckerberg said “Facebook’s business is strong and growing, and this quarter was a great start to 2014. We’ve made some long term bets on the future while staying focused on executing and improving our core products and business. We’re in great position to continue making progress towards our mission.”

It is crucial to take a look at the actual users on the platform. These daily active users form the engine that allows the tech giant to advertise and essentially make its billions. In March 2014 they achieved 802 million daily active users, an increase of 43% from the previous year. This is an extremely important figure as it displays to investors in Facebook stock that the business is still on the rise and continuing in its very strong position. 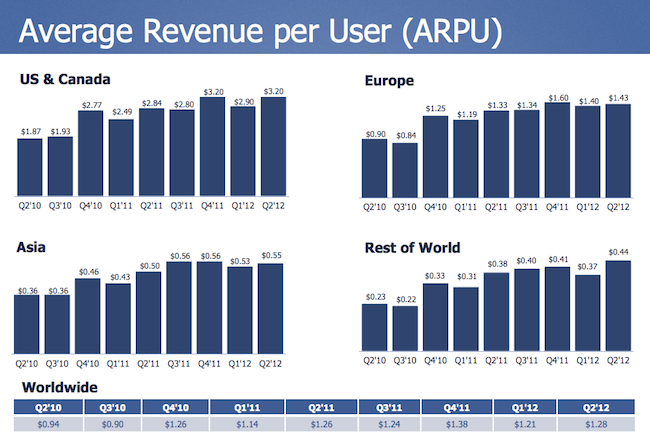 2014 has been dubbed the year mobile and Facebook’s results provide even more evidence for this. Facebook’s mobile daily active users came in at 609 million, a 43% increase to the previous year. Along with this, 46% of their revenue was made in the mobile advertising space. This from an advertiser’s point of view shows how crucial it is to include mobile in paid adverts as it would be extremely naïve to miss out on this mobile market. They have really upped their game on the mobile side, investing heavily they have been rewarded very nicely. The mobile application is now almost seamless with ads, just as the desktop is. This has had a great effect on emerging markets as countries such as Brazil, Malaysia and India are seen to have almost bypassed the desktop stage and moving straight to mobile.

In other earnings news, last week Google first quarter revenues slowed with revenues at $15.4 billion. Google’s CEO Larry Page described it as ‘another great quarter’ but they missed Wall Street projected earnings and shares of the stock dropped 5% in hours after trading last week. Regarding the outlook of Google’s mobile activity they have had a turbulent time with mobile, struggling to maintain cost per click adverts. They continue to make more revenues on PC adverts than they do on smartphone adverts. Overall Google need to attempt to close the gap of cost per click adverts between PC and mobile.